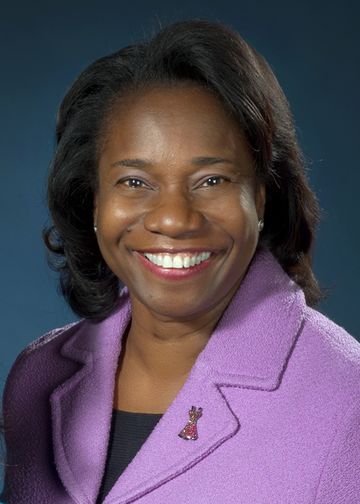 Jennifer Mieres, MD, is one of the leading experts and patient advocates in the fields of cardiovascular disease in women. In her role as leader of Northwell Health’s Center for Equity of Care, Dr. Mieres has oversight of the Katz Institute for Women’s Health, all of Northwell’s health, wellness, community health education and healthcare access programs. She is also the health system’s chief diversity and inclusion officer and is a member of the health system’s leadership team.

A graduate of Bennington College and Boston University School of Medicine, she is a Fellow of the American Heart Association (AHA), the American College of Cardiology (ACC) and the American Society of Nuclear Cardiology (ASNC) and in 2009 she served as the first female president of the ASNC. Dr. Mieres is board certified in cardiovascular diseases and nuclear cardiology and is actively involved in clinical cardiovascular research. She chaired the AHA’s 2005 and 2014 writing group on imaging in women and is the lead author of the AHA’s 2014 scientific publication on diagnostic testing for women.

She recently presented work on new models for the delivery of healthcare at the International Forum on Quality and Safety in Healthcare, 2013 in London and 2014 in Paris, as well as at the American Hospital Association Leadership Summit, 2013 in San Diego, California. In addition she has authored and coauthored more than 60 scientific publications and has presented her research, as distinguished invited faculty at over 100 national and International conferences, including scientific sessions of the ACC, AHA, ASNC and the International Conference of Nuclear Cardiology.

Dr. Mieres is a national spokesperson for the AHA’s Go Red For Women movement and has served as chair of several national AHA committees including the Professional Education Committee; the Cardiac Imaging Committee of the Council on Clinical Cardiology (2006-2008) and was a member of the AHA’s National Board of Directors (2004-2006), as well as serving as a member of the Scientific Advisory Board for WomenHeart; the national coalition for women living with heart disease. Dr. Mieres is a recipient of numerous awards, including the 2014 AHA Chairman’s Award.

She received the 2014 Women in Cardiology mentoring award from the national ACC, in acknowledgement of her dedication and commitment to mentoring women in cardiology. In appreciation for her work as a cardiologist, researcher, patient and community advocate, she was the recipient of the 2011 national AHA Louis B. Russell, Jr., Memorial Award, presented annually to an AHA volunteer for outstanding service in addressing healthcare disparities and/or service to minority and underserved communities, as well as a 2008 Woman’s Day Red Dress Award for her contributions to Women’s Heart Health. In 2005, she received the Long Island AHA Award for Outstanding Service as President and was the recipient of the AHA’s William Groom Award for Volunteer of the Year. She was also awarded the WomenHeart Wenger Award for Healthcare in April 2004 and a 2002 New York State Governor’s award for excellence.

Dr. Mieres is routinely called upon by the media to comment on heart health, appearing in national and local media outlets on such programs as “20/20,” the “Today Show,” “Good Morning America,” “Today in New York,” “CBS Early Show,” CNN, “NBC Nightly News” and many others. As a producer of the PBS documentary “A Woman’s Heart,” (2003) she was nominated for an Emmy for best documentary in the Health Science category at the 46th Annual New York Emmy Awards. She was featured on the cover of the May 2008 issue of Black Enterprise magazine as one of America’s leading doctors and in 2009 and 2010, Dr Mieres was listed as one of the best doctors in New York magazine and in January 2011 was featured in Essence magazine as an expert on women’s health. Dr. Mieres’ co-authored her first book, Heart Smart for Black Women and Latinas: A Five Week Program for Living a Heart-Healthy Lifestyle, which was published by St Martin’s Press in 2008.