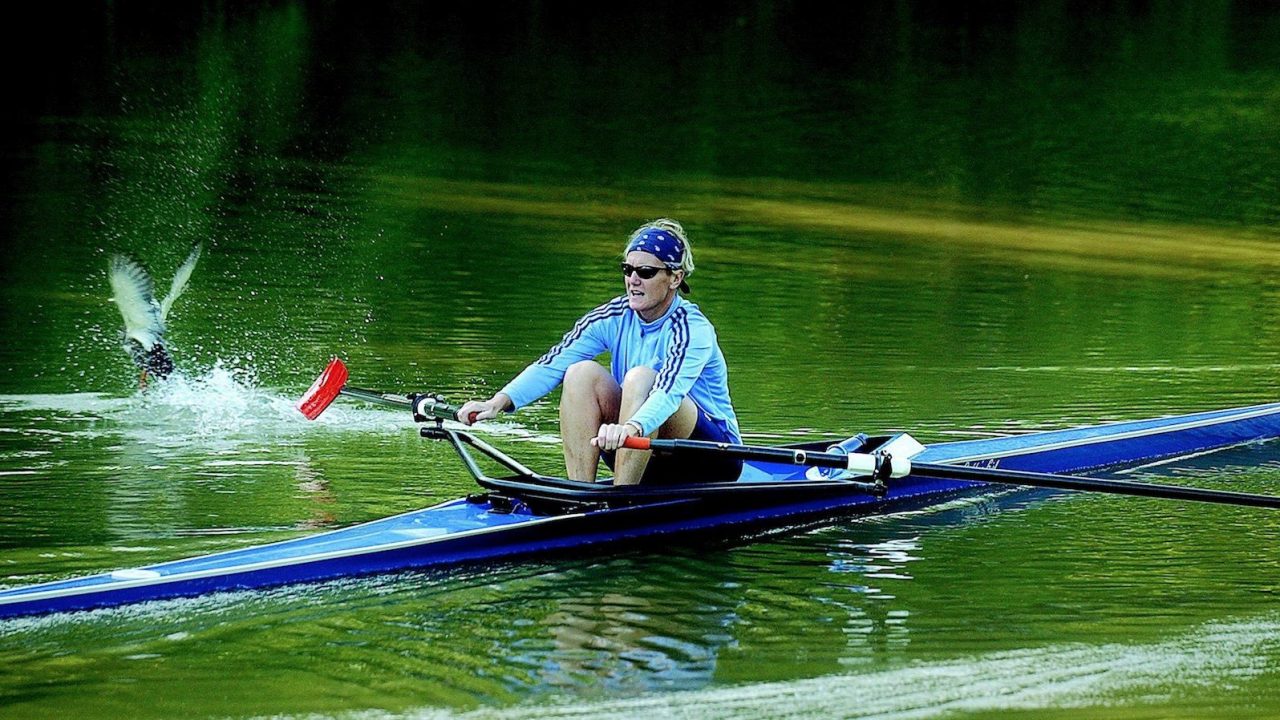 Kris Thorsness is originally from Anchorage, Alaska, and grew up playing several sports and exploring Alaska’s natural wonders. She started rowing at the University of Wisconsin, where she won one gold and two silver national championship medals.  Kris competed on the US National Team in eights between 1982-1988, winning the United States’ first Olympic gold medal in women’s rowing in 1984, three World Championship silver medals (’82, ’83 and ’87), and placing 4th in 1986.  She was also on the 1988 Olympic team, before retiring from elite rowing to embark on a legal career. Kris was the first Alaskan to win an Olympic medal, was inducted with her 1984 women’s 8+ teammates into the USRowing Hall of Fame, was part of the inaugural class of the Alaska Sports Hall of Fame, and was co-recipient of USRowing’s Ernestine Bayer award in 2008. At the age of 47, she suffered a heart attack. After extensive treatment, Kris began a cardiac rehab program. Kris has now returned to an active life of rowing and, at age 50, took up a new sport: ice hockey. She currently lives and practices law near Rochester, New York, where she is one of the Feral Scullers and plays ice hockey.  Kris has been a rowing referee since 2004, officiating local, regional and national regattas, including NCAA championships and US National Team trials.