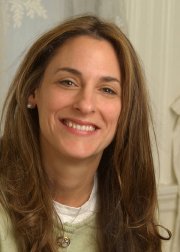 Author
I am an author, blogger, journalist, and public speaker living in Brookline, Massachusetts. I have three sons, the oldest of whom is in his twenties and has severe autism. Nat was diagnosed with autism at age three, back in 1992, what I call The Autism Stone Age. After many false starts and different school programs, Nat did finally reach his stride at a vocational school for people with autism. He learned how to work and how to function fairly independently. Now he lives in his own apartment with a caregiver, and he works 5 days a week. I have learned that with autism, never say “never.” I have been publishing op-eds, commentaries, articles and essays since 1997, on disability, parenting, and living happily, in places like the New York Times, the Washington Post, the Boston Globe, Exceptional Parent Magazine, Family Fun, and Education Week. I have appeared as a guest on the Today Show, MSNBC, ABC News, PBS, NPR and CNN. I am the author of Making Peace With Autism as well as The Autism Mom’s Survival Guide. My third book, Autism Adulthood: Strategies and Insights for a Fulfilling Life will be out in April 2016.
.